I watched the last five minutes of the North American Car Show.  It sounded like a lot of marketing for Ford and GM, though the commentators were parked directly in front of the Hyundai booth.  For the most part it was completely innocuous drizzle, but then one commentator asked the other about Chinese cars and the fact that none of them were showing at the US show.  To my utter astonishment, the other commentators said something to the effect, “They simply can’t make the kind of cars that Americans want in terms of quality and features.”

Thinking that these companies can’t create the product is a recipe for disaster.  The first fact that comes to mind is that Ford, GM, and Chrysler only sell around 40% of the vehicles here in the US.  Second, car sales in China now exceed sales in the US, and so car manufacturing is scaling up there.

There are many reasons why the Chinese companies may not want to be at the North American car show.  Expansion into a foreign market is non-trivial, and the US has its own well developed set of safety and emissions requirements that must be met.  I think the fact that the Chinese companies are not yet at the car show simply shows that it will still be a few years until we have any Chinese cars being sold in the US.

But concluding that they can’t make competitive cars is ridiculous.  That sounds like something that was said about the Japanese car companies and we know how that played out.  And if you think the Chinese can’t make safe cars, my response is only that the Chinese already own Volvo.

I took some time to go down to the wharf today at noon and past the airport today.  The waves were supposed to be gigantic (60 feet) in some places, but they were probably only about 15-20 feet in Kalaupapa.

It’s been over 15 years since Charles Christensen wrote the Innovator’s Dilemma.  (The Innovator’s Dilemma showed how highly effective companies fail because they invest their earnings perfecting their current value offerings which is what their clients want, until the clients abandon them when a disruptive entrant is able to finally deliver an equivalent high-end solution at a much cheaper cost.)  We now have a fundamentally new capability on our hands….big data.  It is clear to me and a lot of other people that the creative use of big data will create new fortunes and result in the fall of large companies.   New entrants who can exploit the capabilities of the Internet of Things and the processing of large datasets will clearly have strategic advantages in their work.  That is always the effect of powerful technological capabilities and the externalities that they create.

But my question is: Can the use of big data somehow help companies avoid the Innovator’s Dilemma?  Big data creates only one strategic advantage; there are many more to come.  I can think of two right off the bat.  First, 3D printing altering the manufacturing,  prototyping, and customizing processes. Second, cybernetic technologies.  While not here yet, they will be soon, and the companies that pay for personnel upgrades will soon have creative and processing capabilities that other companies will not.

The question remains then: How does one turn big data towards identifying solutions towards the innovator’s dilemma?  First, it requires that one identify potential threats, assessment of the threat, ways to compete with the threat, and then execution.  These are the tasks of the strategy officer — what kind of dashboard powered by some new-fangled data warehouse can help him?  I think that is an interesting question for me (and you?) to ponder.

If you want to read a recent posting about Christensen’s book and its current application, see: http://www.malcolmturnbull.com.au/media/the-innovators-dilemma-why-incumbent-businesses-often-failure-in-times-of-r.

I usually avoid political topics, but I think this is so interesting that I will diverge from my usual practice.  In my Predictive Analytics strategy class last week, I wrote about some of the controversies in the use of data.

I think the area of pre-crime is also an area that will have limits.  Because government has overwhelming resources, we limit the use of those resources not to protect the guilty but to protect the innocent (e.g., we don’t want the police kicking in just anyone’s door for fun).  Hence, I have doubts that the police will ever be granted the rights to use surveillance of people who an analytics program suspects will commit a crime in the abstract.  (Investigation of suspects of a crime that has been committed is an entirely different matter.)

On the subject of criminal justice, I think there are areas that may be a little more gray.  For example, we will soon have the capability with growing camera counts and facial recognition (and car tag recognition, and then probably RFID car tags) to track all people at all times.  Some places already are developing such technologies.  While pre-crime may be off-limits, I’m not sure that city monitoring will be, though it is a little Orwellian to think that the government might know where you are most of the time.  I think many people would agree to such surveillance in exchange for security.  Analytics will likely bring that question to the public.  What do you think?

I think another interesting gray area is where private businesses wield power on the scale of governments.  This is a situation that the world has never faced until recently due to the fact that private institutions now produce and hold more data than the government.  Facebook is getting close to a billion users.  The credit agencies like Experian have detailed financial transaction data on nearly all Americans.  Yet the protection we afford citizens against the government does not apply to private entities.  Hence we have increasing discussion about “privacy” in the use of data.

This week we got a partial answer to some of those questions, and it appears that my initial thoughts were simply wrong.  President Obama gave a speech about what the NSA will and will not do to earn the trust of the American people. See: NYTimes Article In Keeping Grip on Data Pipeline, Obama Does Little to Reassure Industry

Specifically, companies like Google, Apple, and Intel had complained to the government that their spying on their portions of the Internet drives international business away from them.  That seems like a reasonable point.  Obama responded, and frankly I am not one to improve on the NYTimes writing:

In fact, he did more than that: Mr. Obama reminded the country that it was not only the government that was monitoring users of the web, it was also companies like Apple, Facebook, Twitter and Yahoo that had complained so loudly, as members of an industry group called Reform Government Surveillance.

“Corporations of all shapes and sizes track what you buy, store and analyze our data, and use it for commercial purposes,” the president said. “That’s how those targeted ads pop up on your computer and your smartphone periodically.”

Translation: Corporate America wants to be able to mine Americans’ data, but fears business will be hurt when the government uses it for intelligence purposes.

For me, the take-away is that I was wrong in my position last week.  Traditionally, the Consitution places restrictions on the government’s activities.  Hence the reason for my pointing out the question about what does it mean when businesses wield the power of governments (not a question that has been missed by any small country in dealing with large multinational corporations).

If  companies engage in what is tantamount to spying on the American people through the use of analytics, then the Government is allowed to do the same.  THAT’S AMAZINGLY HONEST.   I will give the President points on transparency.

On some level, the President’s answer appears to defy the Constitution. I was suggesting that maybe limits should apply to the companies, not that corporate actions thereby relieve the US government from any responsibility.  I agree that we have national security interests at stake, and I’m not saying that the government should not have the ability to protect the nation. That’s the sort of balancing that the government has always done, and, sometimes it hasn’t gotten it always right.  (Think about the internment of the citizens in WWII on the basis of race.)  But it appears instead that the players have left the field.

What we have is a Hobbesian Internet.

The NYTimes did a piece today about the use of predictive analytics in analyzing the spread of the flu virus.  The source of the data?  Google searches.  The algorithm could accurately predict when the virus would peak 65% of the time.  That’s not too bad, and just think about it–the analysts are predicting this without drawing any blood, having any doctor intervention, etc.  This is based purely on Google searches!

I sort of hope that I am not easily impressed, but I will say that mankind continually impresses me with its ingenuity to apply knowledge to create things from blank sheets of paper and investigative curiosity.  Take, for example, a new self-stabilizing flying object that is based on mathematics discovered at NY University.  Click on this link for a video.

Humans first tried to fly by creating flapping wings.  Only when they went to fixed wings creating lift with a separate power source did they take off.  A completely artificial form of flight even if we know now that bird wings share a airfoil shape and how that works.  In the same way, these academics looked at objects and math, not objects in nature.  That’s pretty inventive.  I am impressed.  I’d sort of like to get a tiny motor and make one of those things. 🙂

Today I started the program at Northwestern University.  My first two courses are a strategy course in Predictive Analytics (business side) and a Statistical Methods course (numbers side).  I am really looking forward to the deep dive into the subject after a number of years of using some of these technologies.

The other students look highly qualified and accomplished, with many coming from senior positions at Fortune 500 companies, consultancies, predictive analytics vendors, and others.  Click here to see the program.

See beyond the horizon with predictive analytics. 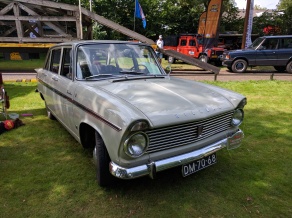